Budget 2021: Everything about changes in GST

In the recently announced Budget, Finance Minister Nirmala Sitaraman introduced multiple changes in GS. These changes are aimed to boost  MSME sector that took a massive hit during the Pandemic. Even before the Budget, there were wide speculations of a “one-in-a-hundred-year” budget.

So what does this Budget mean for your Business? What changes were introduced in the GST? We will be discussing all these questions in Detail.

Since the inception of GST, there have been many complaints from the Businesses about the complex structure and complex compliances. These compliances are making it difficult for the Small & Medium Business owners to conduct their Businesses freely. Some corporate bodies even went on to label these compliances as “Tax-Terrorism”.

Owing to these complaints & several requests from the leading Corporate bodies, the Government is continually amending the GST law to make it more tax-payer-friendly. A similar tone was observed in the Budget too.

Let’s take a look at some key changes in GST.

Major changes in the GST as per Budget 2021

The GST law mandates that any Business which collects the GST has to submit it to the Government on or before the respective deadline. There is an option to set-off this outstanding amount by utilizing the ITC (Input Tax Credit) they have in the electronic ledger. If a Business misses out on the deadline, it has to pay 18% interest on the amount.

The Government clarified that the Businesses have to pay Interest on the Net Outstanding amount. This law will be applicable from the date when the GST went live, i.e. 1st July 2017.

But there is a catch! The amendment states that these changes will be applicable only if there is no investigation by the department in the matter.

Still, this is a welcome change as the Businesses will have to pay tax on the Net outstanding liability, reducing the tax burden on many Businesses.

To simplify the compliance and reduce the financial burden, the Government has decided to do away with the mandatory GST audit for the business’s turnover above 5 crores by CA (Chartered Accountant).

This comes as a significant relief for many Business that have higher turnover but lower profit margin. Moreover, the Government has eliminated the need for external-certification of the reconciliation statement for the Businesses. Earlier, Businesses had to fill in numerous details in the Form 9C. It consumed a lot of valuable time for Businesses, reducing their efficiency and productivity.

According to experts, these steps will be beneficial for the Businesses as it will reduce the financial burden for the compliances. But some experts have warned against self-certification that it will lead to numerous errors and possible frauds. But overall, these moves will benefit Businesses.

This change might add some more worries to the Businesses as this amendment can prevent buyers from claiming ITC on time. The Government has mandated that unless the Supplier furnishes the valid invoice in the outward supply statement, the buyer will not claim ITC.

The Government has deemed this amendment in direction 16 o the GST law as the necessity to curb the fake ITC claims. But Businesses have legally challenged this move in various courts. Many experts have supported this concern as this move seems harsh on buyers who have already paid the tax but are unable to claim ITC due to the Supplier’s negligence. The question remains for the reviews, and we will have to wait for what the Judiciary has to say about this.

Pay 25% of the Penalty for an appeal

This is another change that the Government could have done away with. As per the amendment, if a Business receives an order related to the detention or seizure of goods and wants to appeal against it under section 107 of the GST Act, it will have to pay 25% of the total Penalty first.

This amendment seems to have not gone well with the Businesses as they will have to pay the Penalty initially, irrespective of the appeal results.

No date of applicability for this amendment has been declared.

This new change has extended the scope to levy a tax on various transactions that include the supply of goods or services by one person to other members or constituents in case of cash or any other valuable consideration. Before the amendment, these transactions were deemed supply under schedule II & hence were not liable to be taxed.

Raising the cap of maximum CGST and IGST

Businesses had set high hopes from this Budget, and it is safe to say that Government has not disappointed them entirely. Many changes and amendments are aimed to boost the Small & Medium Businesses to help them survive the COVID’s death-blow.

Still, there were many changes in the GST law that the Government could have brought. Now it remains to be seen how efficiently the Government can implement positive changes and do away with the negative ones.

What changes did you want to see in the Budget that was not incorporated?

Feel free to let us know in the comment section! 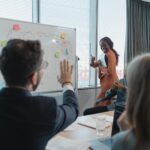 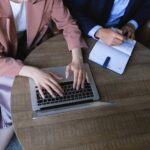 Find out where to get free help now!
Request now
Press ESC key to close search